This was a tough photo shoot to bring you along on! Taking video at night is quite the challenge. And that hillside! It is literally a field of thorns. But come now! Let me take you behind the scenes, and show you how that epic, pre-dawn trek unfolded!

That was such an amazing photo shoot!

Once I arrived at the top of the hill, I hopped from perspective to perspective, looking for the best angle. Contrary to what normally happens, the first perspective actually turned out pretty nice. I liked the framing and there was still lots of empty space for a verse to be laid over the photo, as was required for this assignment. 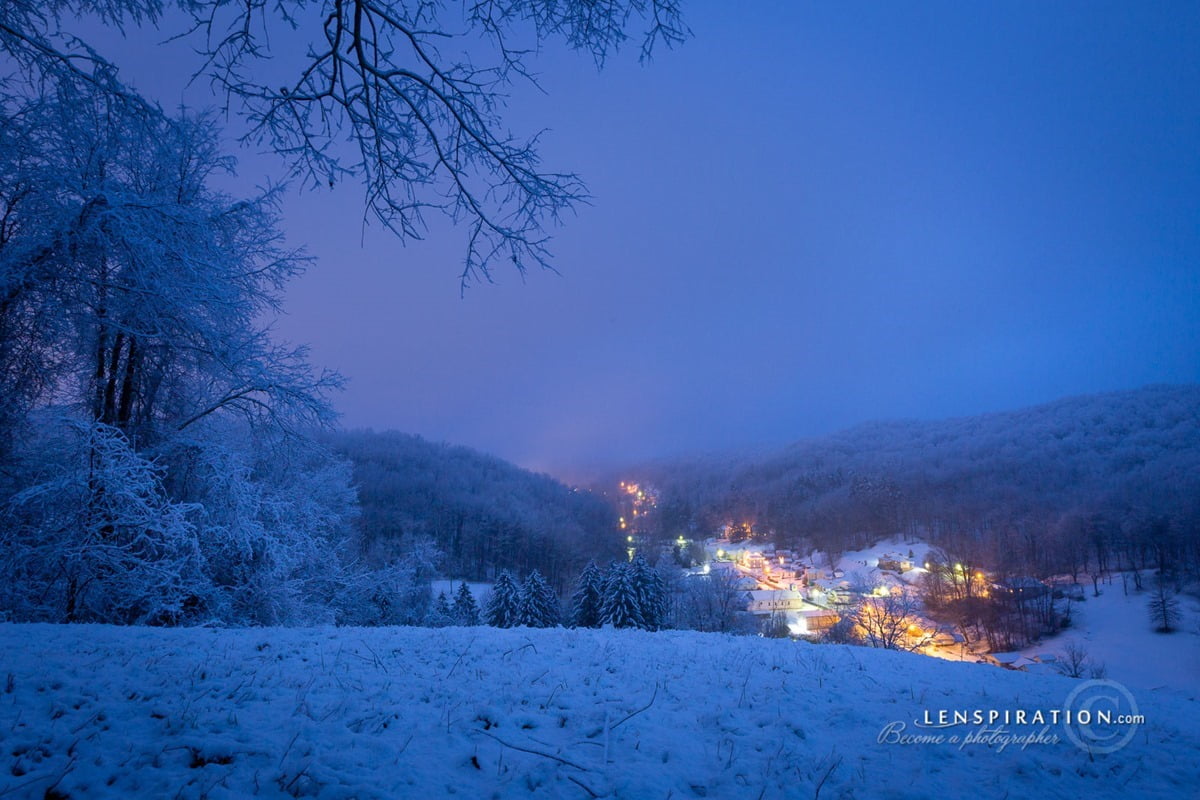 I thought maybe the town felt too small, though, so I zoomed in a bit and left the entire sky empty for the verse. 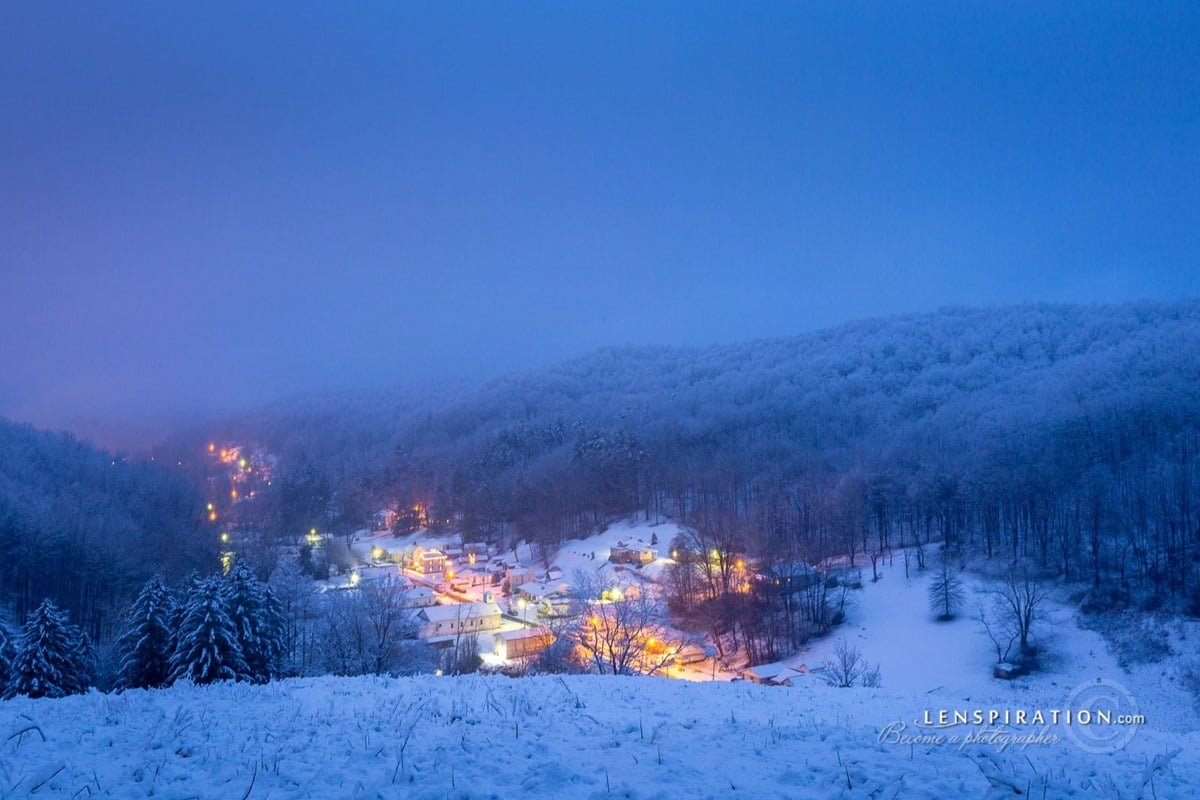 I didn’t like how my eye was naturally led to the dark, non-snow-covered trees in the bottom right corner, nor how the pine trees weren’t an integral part of the scene, so I re-framed the shot to put the valley more in the right side of the frame. 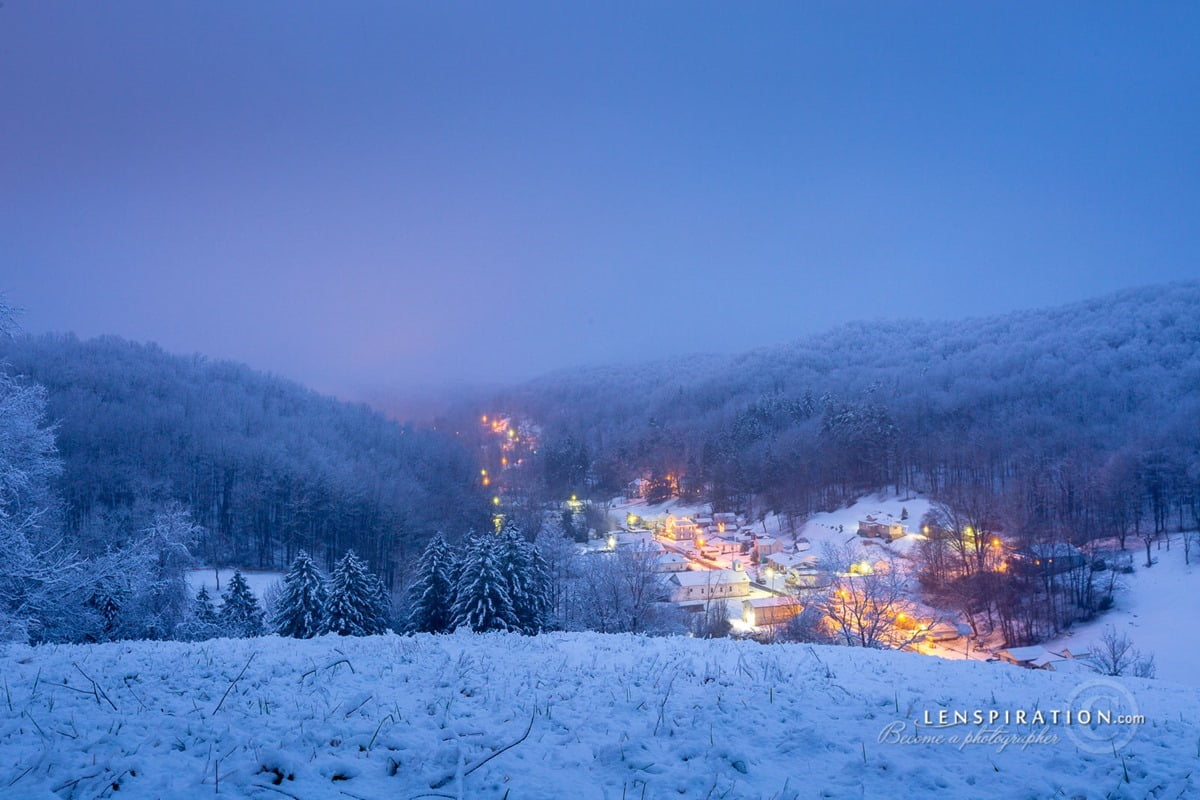 I liked that better. It was definitely getting lighter by this time, but I wanted to do something more purposeful with that foreground branch at the top of the image, so I moved to another perspective. 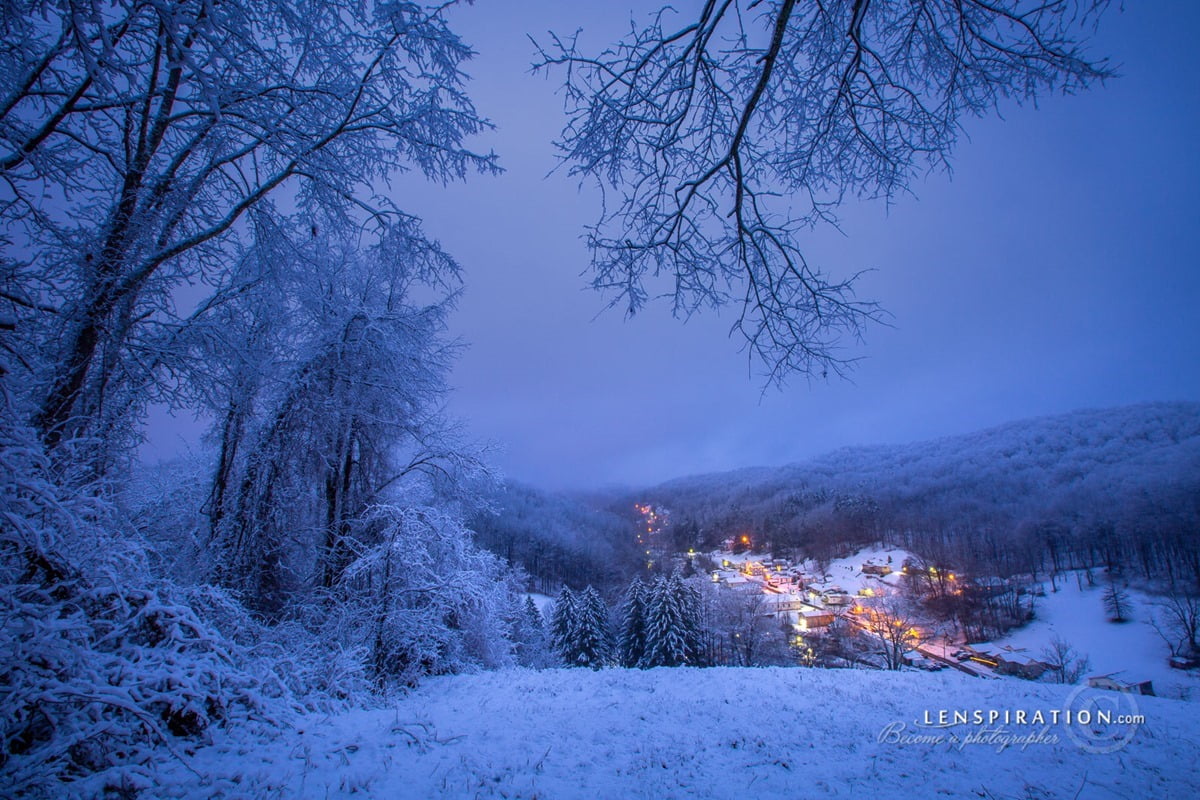 Compositionally, I think this fills the frame better, but that’s not what they wanted for the calendar, so I moved down the hill a bit and framed the same basic shot except for without the branch at the top. 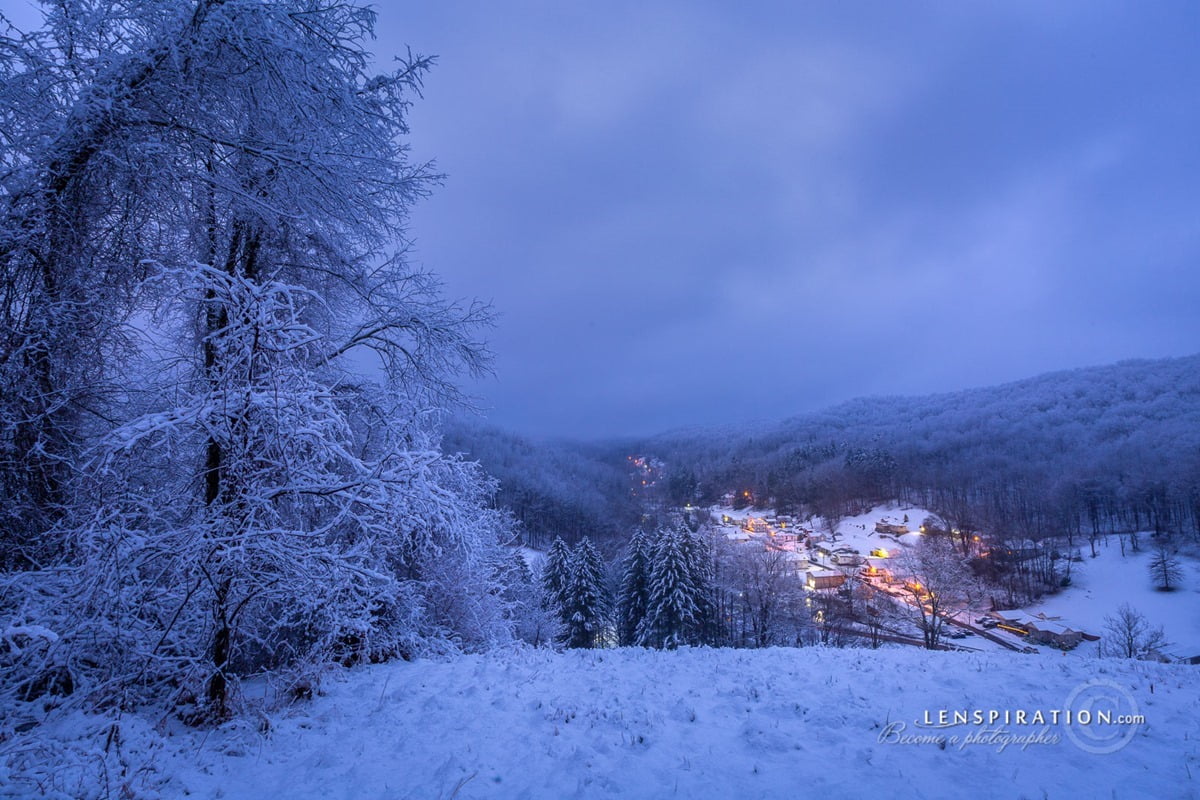 And by that time, Blue Hour was over! The cozy glow in the town below had completely disappeared. 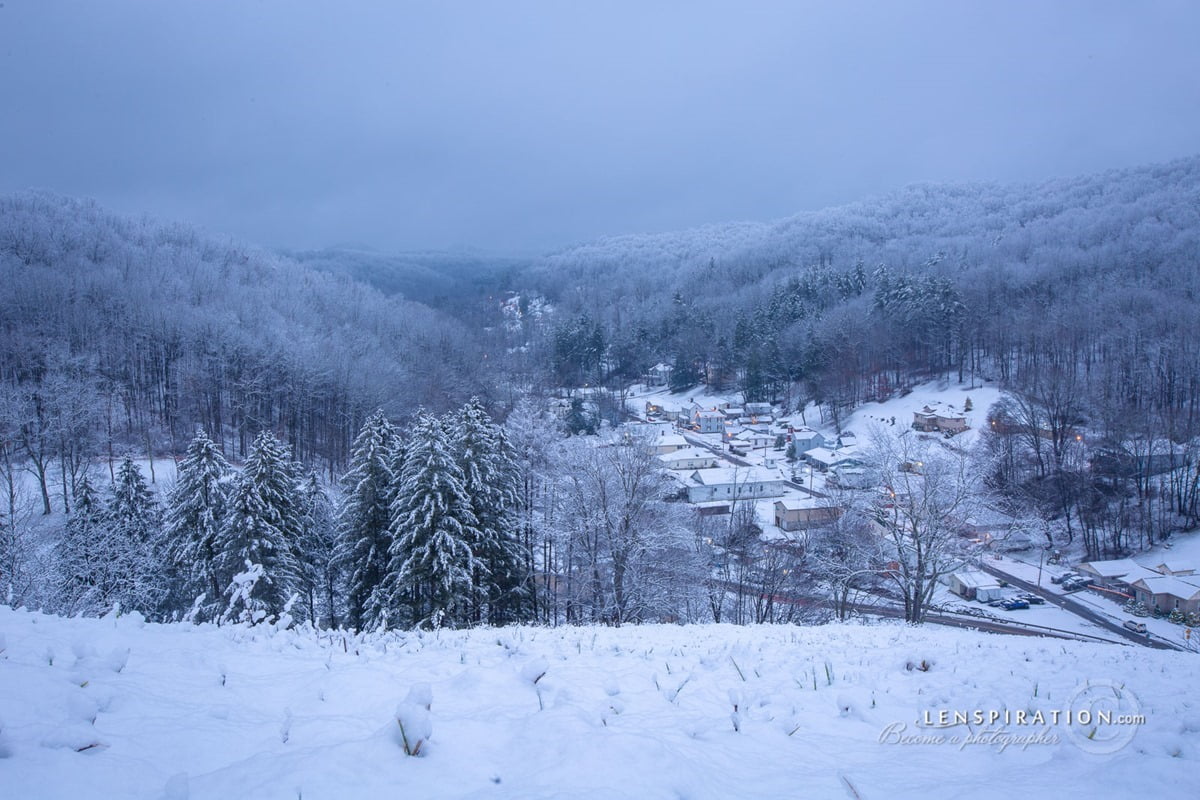 Now it’s your turn to shoot this assignment! It doesn’t have to be a snowy scene. It doesn’t have to be during Blue Hour. But it does have to look the best you can make it look like A Peaceful Scene.  And before you head off to Colorado, are you sure there isn’t an amazing spot close to home?