It was quite convenient that the current real-life Lenspiration Photo Assignment, Made In His Image, landed on the holidays! With Robert & Kendalyn and their family in town, I had ample opportunities to shoot it. However, not every opportunity turned out as I expected….

I really liked that first location. The brown, textured curtains and multi-paned glass door created a surrealistic effect that helped with the idea that this was a concept photo. I think focusing on the reflection worked best. Focusing on the subject brought too much attention to the foreground subject itself. 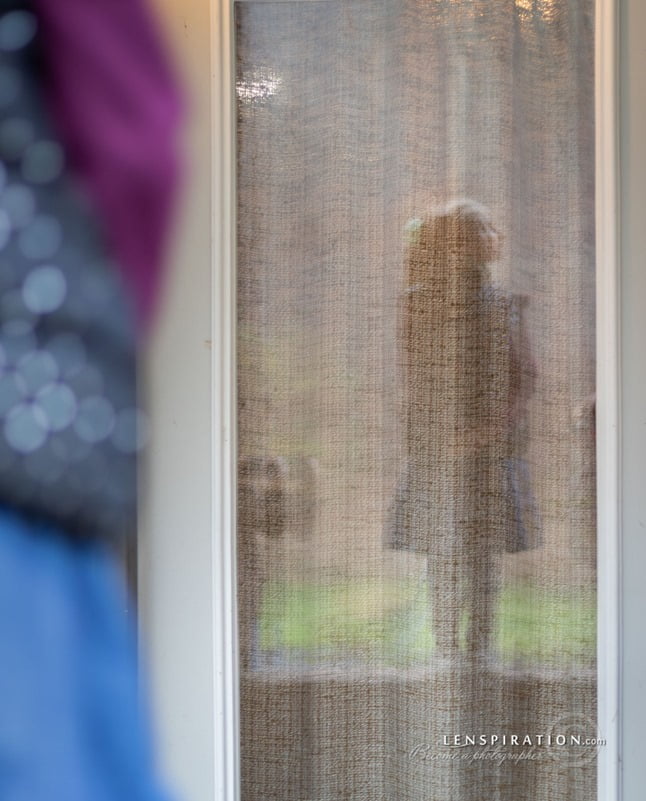 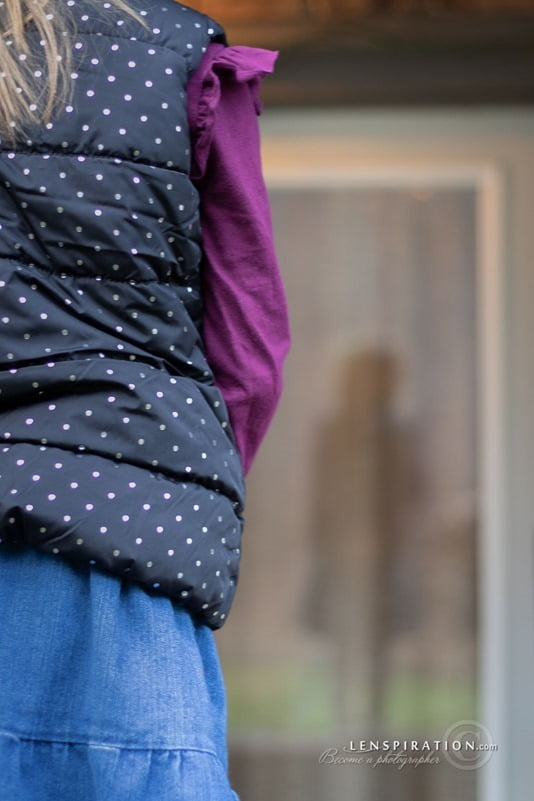 This location lent itself more to a vertical composition. I was having difficulty finding an angle that had a nice background, and I couldn’t get a pleasing angle that didn’t include me in the reflection. I probably could have worked with it some more, but I decided to move on to my second location sooner than later to see what it had to offer.

The second location definitely needed some on-location “cleaning up”. But I immediately felt it had more potential. This is one of the first shots. 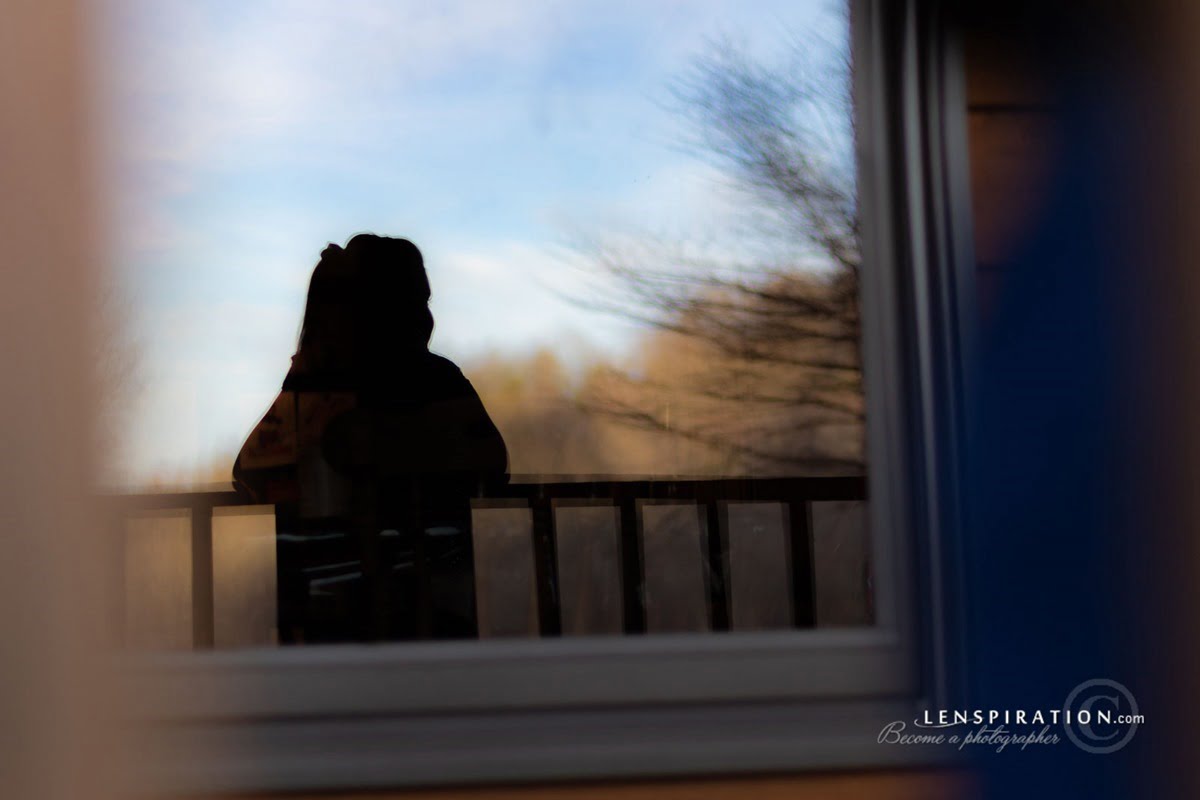 Foreground blur. Extremely clear reflection. Clean. It required some work in Photoshop to remove some distracting elements, but overall I was really liking this location.

I experimented a bit with including more railing. I intentionally edited the foreground to be very dark. The foreground was naturally bright, because that’s the direction from which the light was coming, but I wanted all attention to go to the reflection. 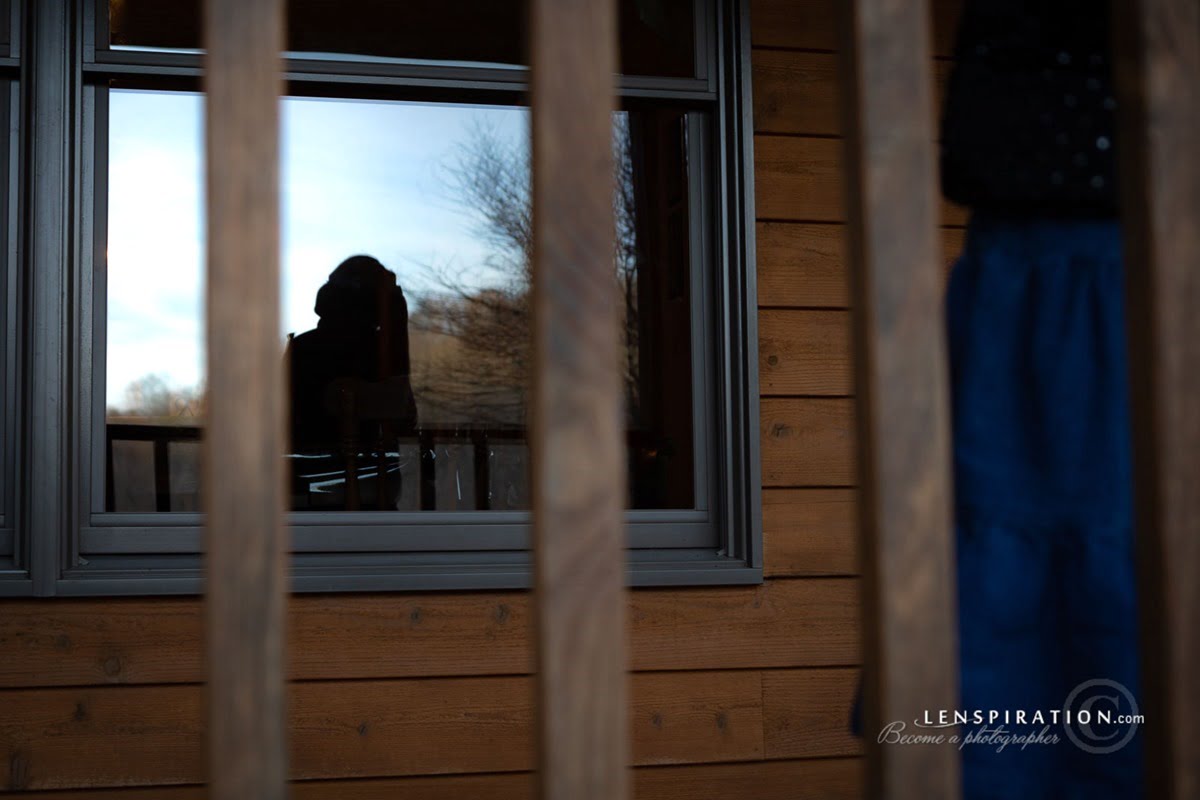 In retrospect, I wish I had made sure the reflection was not covered up at all by the blurred out railing posts.

Going wide with my other lens, I could now peer between the railing: 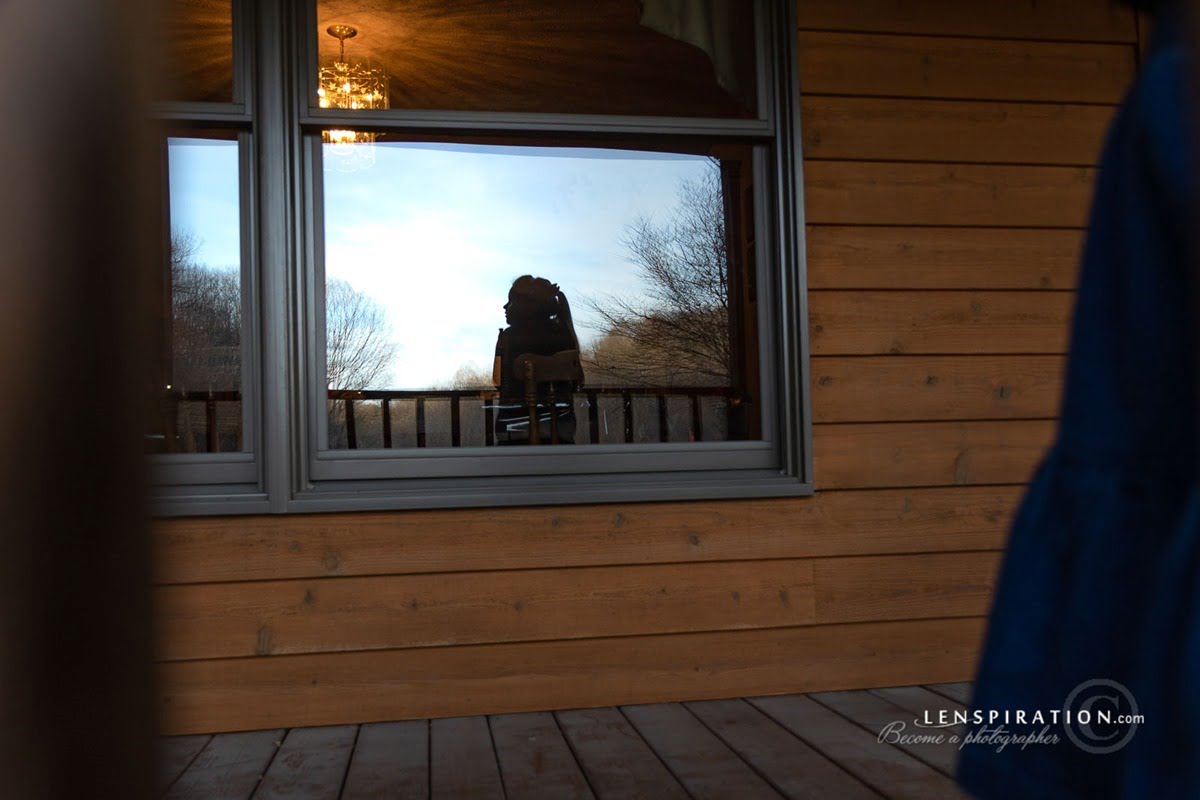 It includes enough elements to place the subject in a relatable location. It’s not perfect. But it feels authentic. The profile looks really good here, too.

After recording the video, I experimented with a couple other locations. A child “looking up in wonderment” I thought would be easy. But the one who was in the right age category wasn’t exactly up for having her picture taken that night. 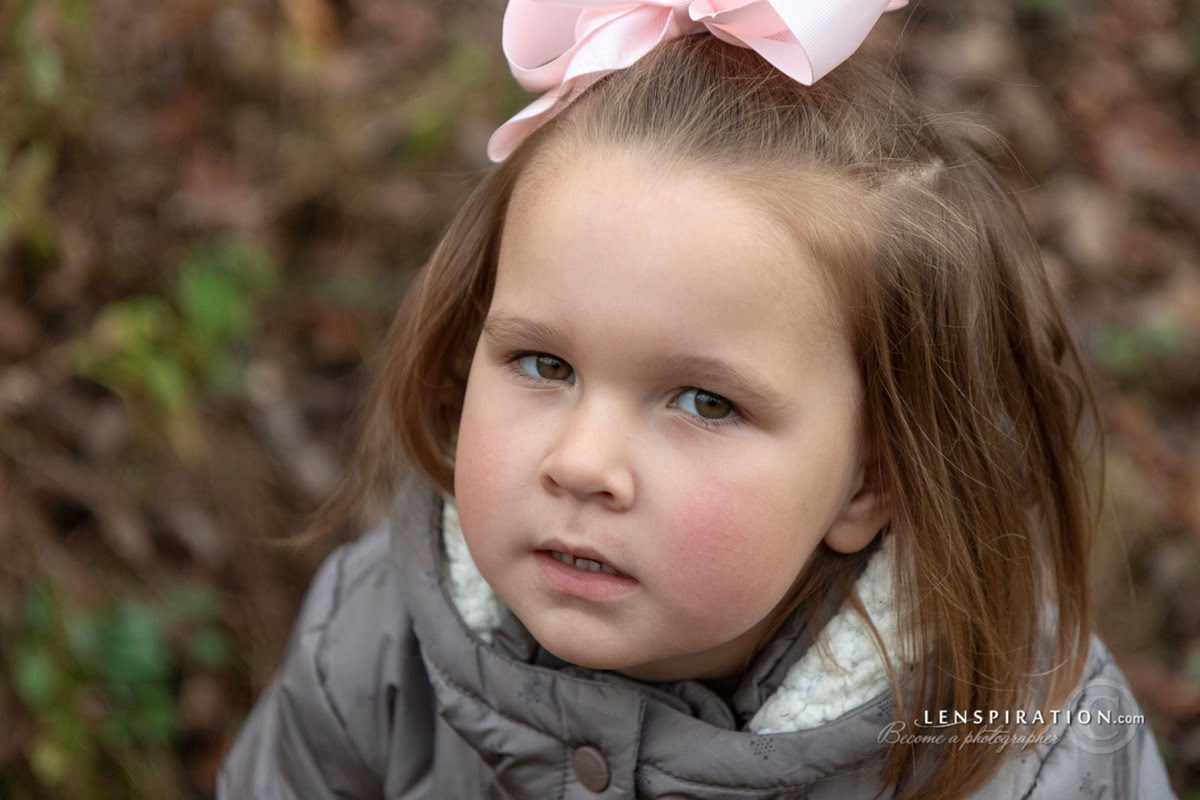 It worked a lot better with my second subject. I got into position, and asked her to pretend she was watching a squirrel (she likes squirrels) slowly climb up a tree close by. We did it a couple times and it worked in getting the perfect expression! 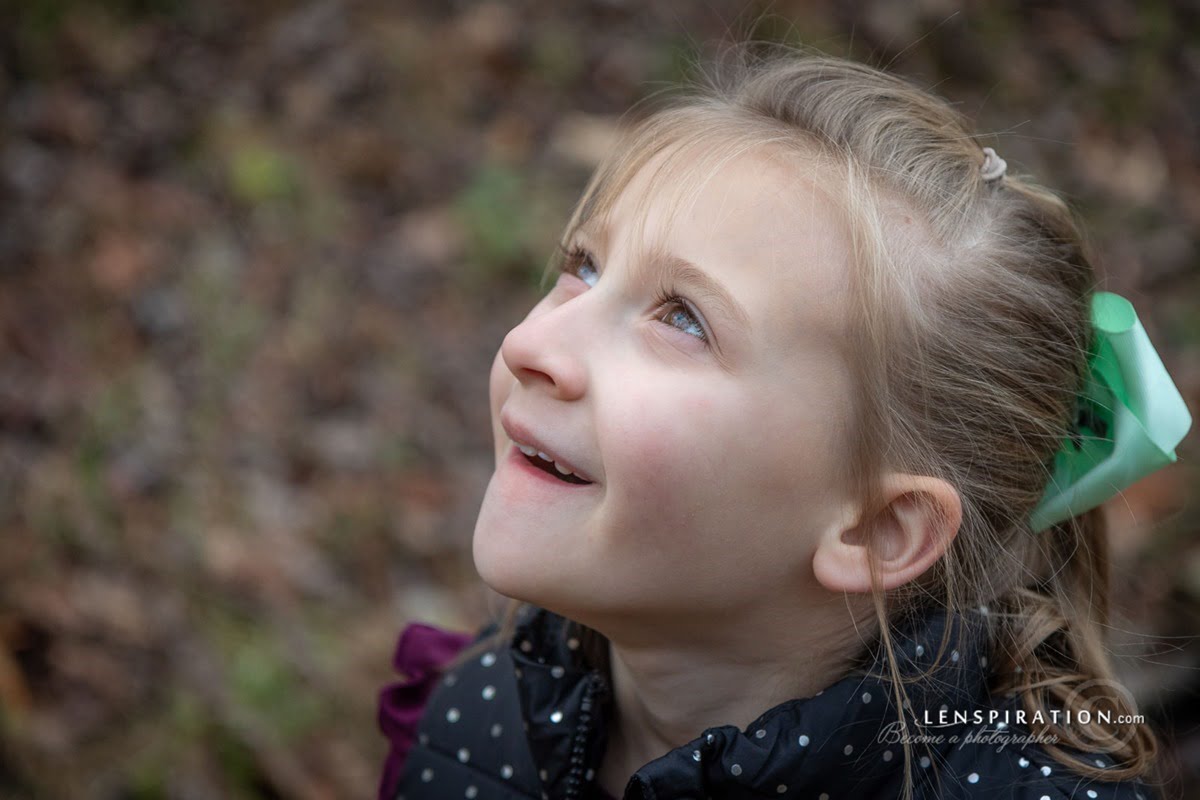 Since the photos are going to be used in the winter time, I added a bit of seasonal flavor to the photo in Photoshop.

It also gives a little bit of purpose for her looking up. 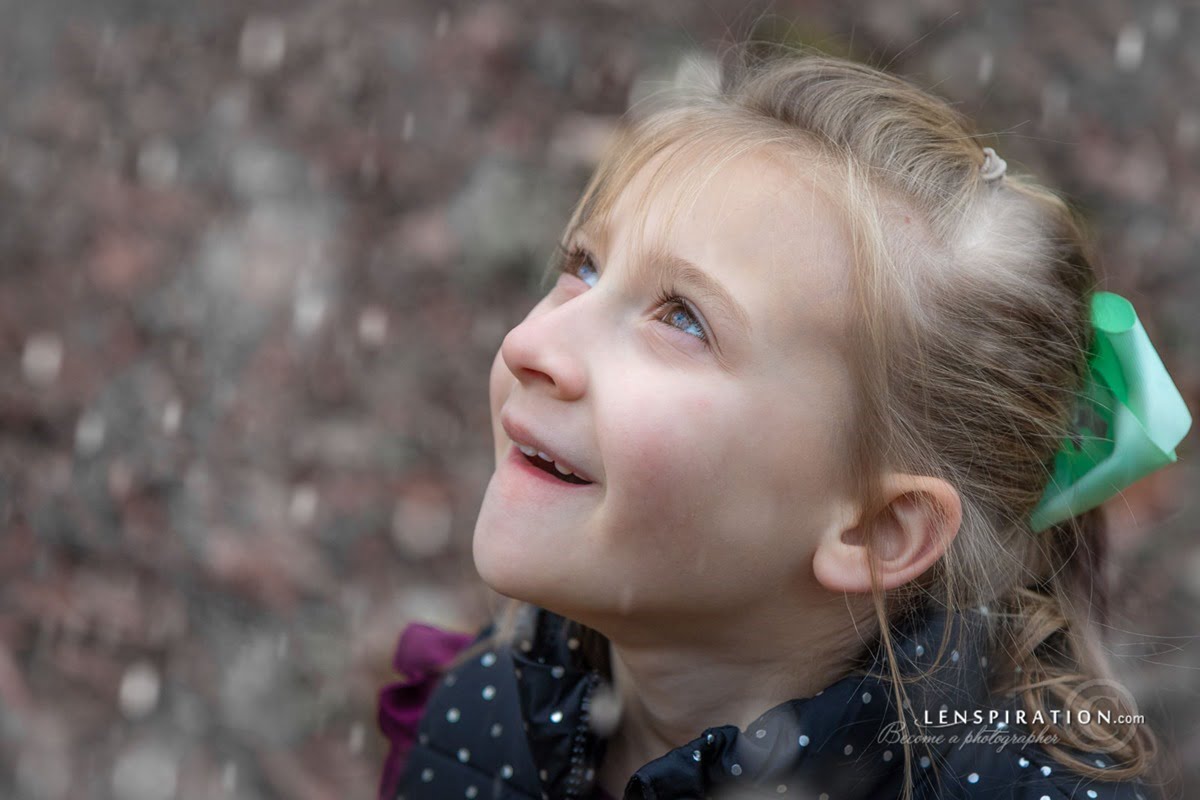 And the last location I tried was in my Grandpa’s car. Of course everyone wanted to climb around in Great Grandpa’s car! And of course, Joshua chose the driver’s seat, so while he was “driving us around”, I photographed the others one at a time. (Things must be fair, you know.

) But I took the most pictures of the youngest since she was in the right age range. 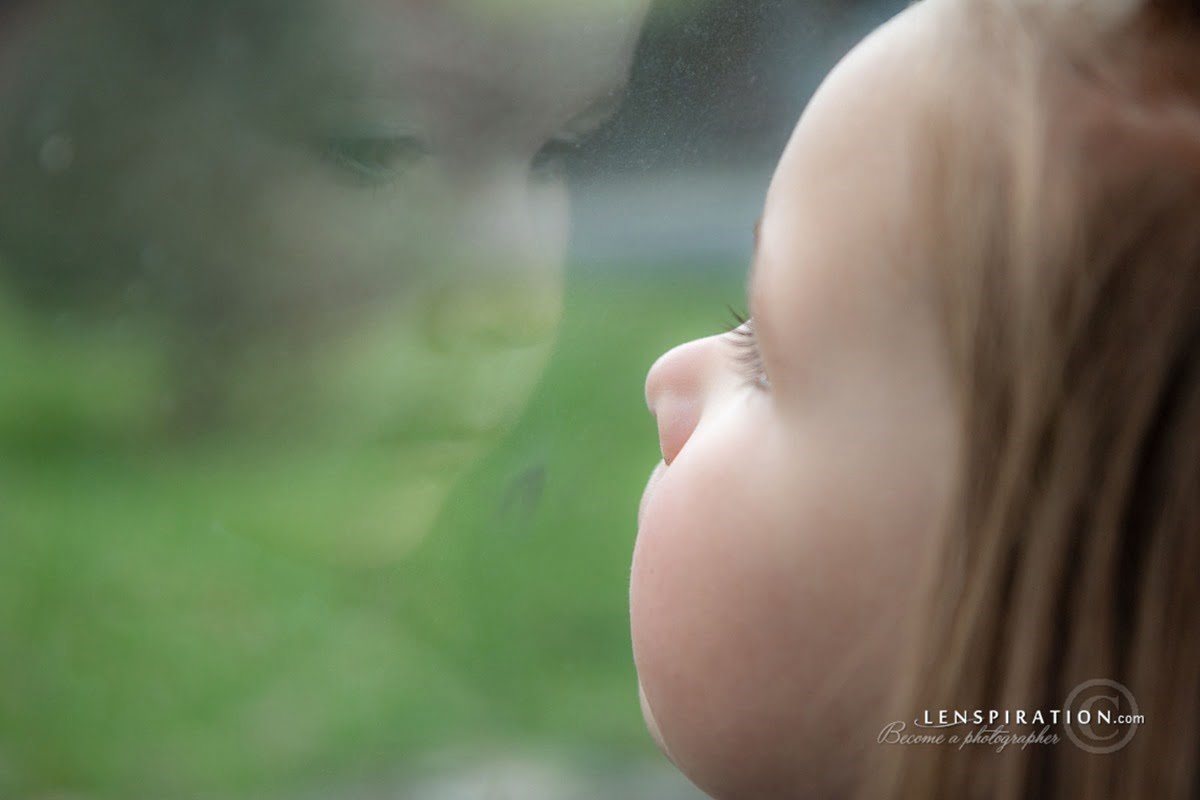 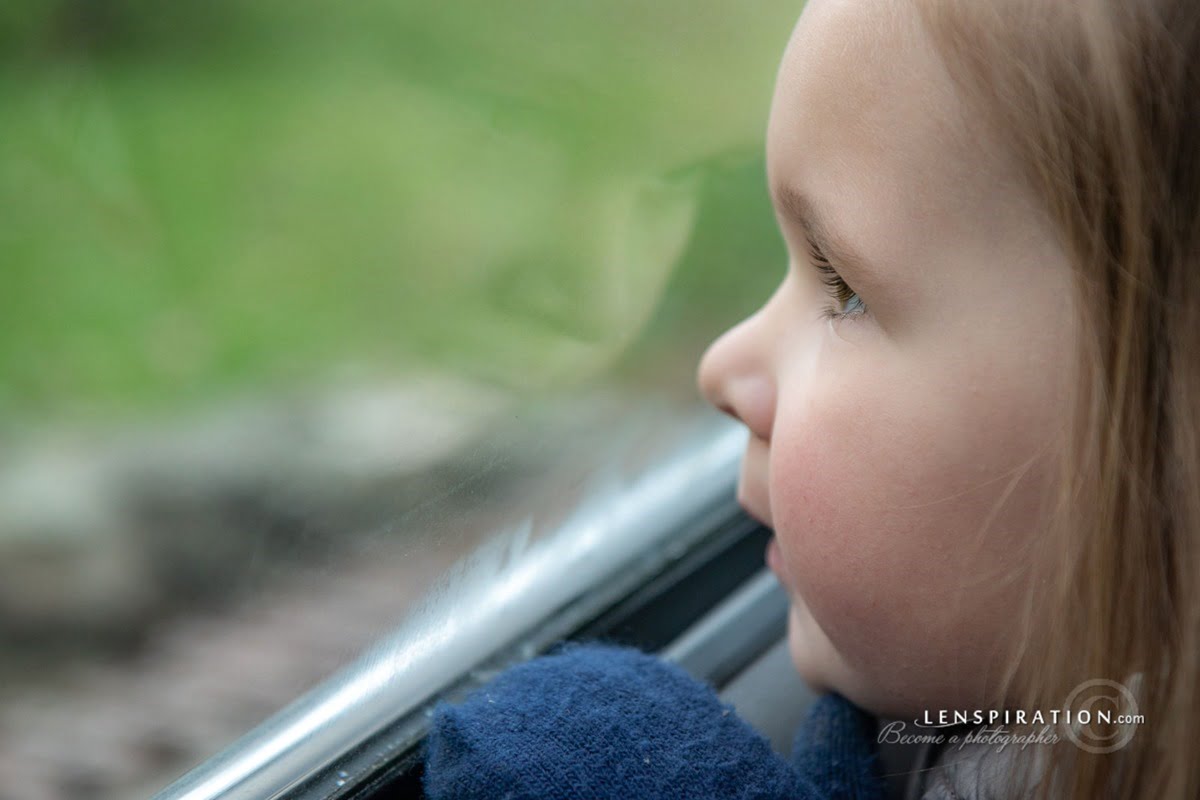 And of course, I had to try Photoshopping in some much needed snow again.

With it being around Christmas time, you should have ample opportunity to go out and shoot the assignment, Made In His Image! If there’s ever been an assignment that’s worth shooting, it’s this one. Who knows how many soon-to-be mother will see your photo on Hope Pregancy Center’s Facebook page. Who knows how many of them are debating on whether or not to choose life. Photos are powerful tools indeed!