Of the many activities held here on campus over the 4th of July weekend, I celebrated by entering the Independence Day photo contest. The categories were very difficult–a little abstract at first–so I was forced to think outside the box. Below are the pictures I submitted after just two days of shooting. 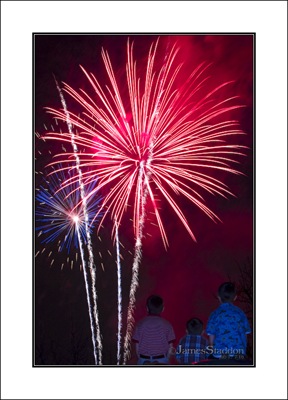 On Friday, the day before the 4th, we went out to a nearby park to see some fireworks. Right as they were starting, the three Paine boys climbed up on their family’s van to get a better view. There couldn’t have been a better set-up! It took a long time to figure out the prefect settings to get the kids illuminated with the fireworks in action at the same time. 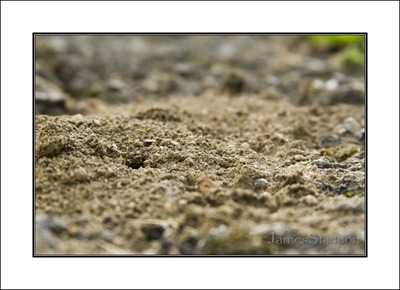 This assignment was extraordinarily difficult. The only thing I could think of was an ant colony, so I went out searching for one. It’s strange how scares ant hills are when you are actually trying to find one. When I finally found one, I waited for the ants to start swarming around it after agitating the front entrance a bit. But no ants would come out! With a limited amount of time to photograph, I just snapped a few and left with what I had. 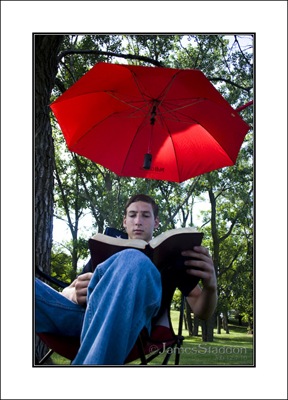 I had so much fun with this picture! When I think of authority, I automatically remember a diagram which portrays how our authorities are like umbrellas of protection, guarding us from evil influences. What I had in mind was too much for me to do by myself, so I asked a few fellows visiting for the weekend to help me out. One boy climbed up in a tree to hold the umbrella with a string; a second stood to one side to steady the umbrella from blowing in the wind; a third was my model who set in the lawn-chair reading the Bible. I used a wide angle lens for distortion to complement the abstractness of the floating umbrella. Thank you Knight’s for your help! 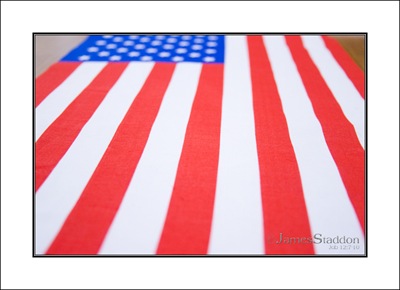 What do you take a picture of for “thirteen?” Well, the first thing that came to mind actually worth pursuing was the thirteen stripes on the American flag. To get the feeling of number quantity, I took a picture of the flag from the side, focusing on the stripes and letting the blue field fall out-of-focus in the background. 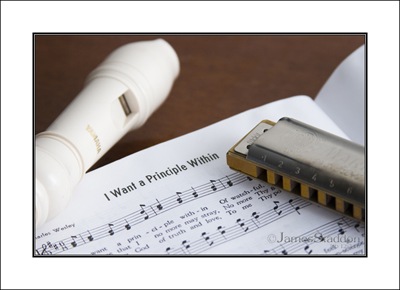 This was also a very difficult one. How would you portray this word? What object portrays this concept? I could have taken a picture of the “Institute in Basic Life Principles” sign in front of the buildings on campus, but that just didn’t seem very creative. However, as I was thinking about it, the song “I Want A Principle Within” popped into my head. I proceeded in obtaining a hymnal and set up some instruments around it to help it fit in with an Independence Day theme.