Have you ever wished to see a miracle? Well, normally it starts as a problem.

We had arrived at the Fuhrmann family farm right on time. Friday evening the Discipleship Encouragement Weekend sessions went well. Then Saturday dawned bright and promising.

Unbeknownst to us, five weeks earlier, a very valuable steer had escaped the family farm, along with two other, smaller, steer. As time passed the Fuhrmanns eventually decided to write them off as gone for good. But today, a neighbor called saying they had the steer in their pasture. That was actually a miracle in and of itself. The Fuhrmanns had spent over a full week searching for them before. Now, they were back!—almost.

Then, having hardly had time to process this news, we got word that the Fuhrmanns’ dairy cows were all loose!

Wondering if the DEW Conference might have to be postponed completely, we took off to corral the dairy cows, then hitched up the trailer and made the short drive to the neighbor’s to find the three steer. Our mission-impossible was to get them all three into the trailer, ready for the butcher on Monday. The trick was figuring out how to do that and everything hinged on how quickly it could be done. Yet the lead steer was willful, wise, wary. We knew that it was going to be a contest of strategy where “slow is fast” …

Assessing the situation when we arrived at Loveless Farms. 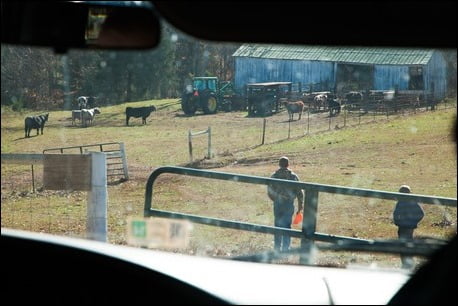 Mr. Loveless had the two smaller steer already penned so the first step was to get the trailer in place and herd them in—bait for the big one. 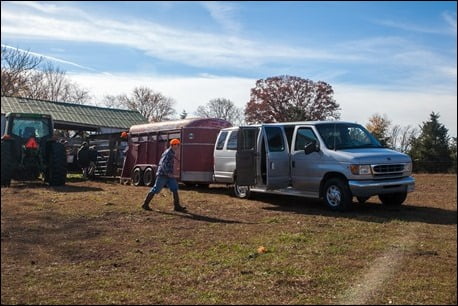 It was a simple task, a matter of about 15 minutes. 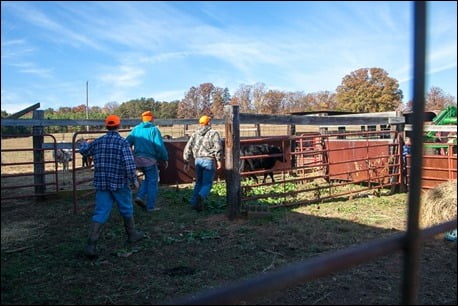 Now for the challenge of bringing in the big one. It was in the pasture, but nowhere close to the trailer … 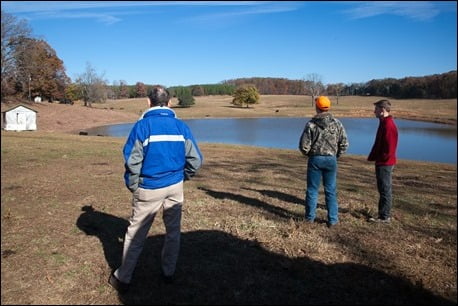 Using sweet feed, we lured the robust, half-ton+ longhorn to our side of the pond. 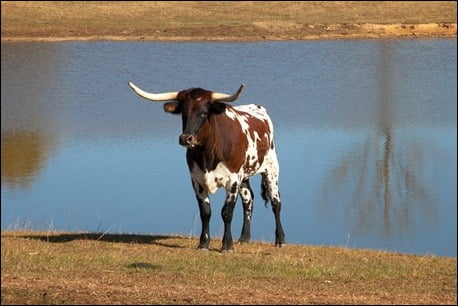 Slowly it followed the feed up and into the larger pen where the rest of the neighbor’s cattle were. However, at the very last minute he must have sensed what was happening, squeaked through the closing gate, and rocketed back out to the open pasture and out of sight once again. 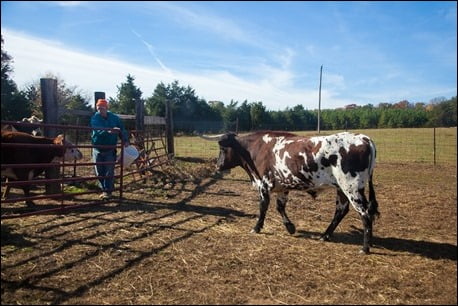 Much time had passed, but it felt like we were back to square one. With another bag of feed that David and Samuel picked up, we started over again, spreading feed in front of the gate and coaxing the cows back. 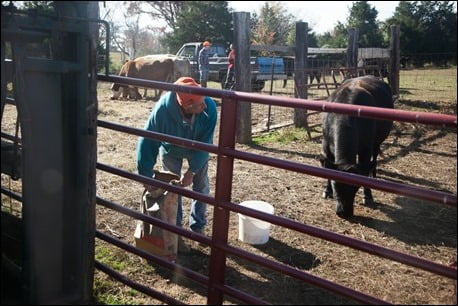 Incredibly, from the far side of the pasture the steer decided to return when it saw the rest of the herd coming back. Everyone stayed in the van and patiently prayed while Mr. Loveless singlehandedly lured the steer those last few yards into the pen. Finally! 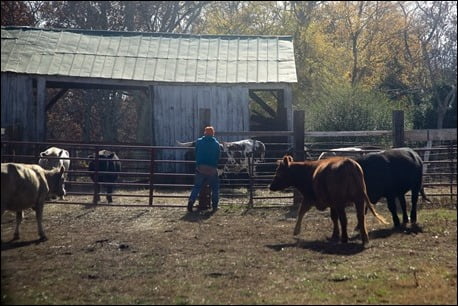 Looking for a way of escape, the steer passed through the gate into the smaller pen where the trailer was backed up. Now, just to get it in the trailer … 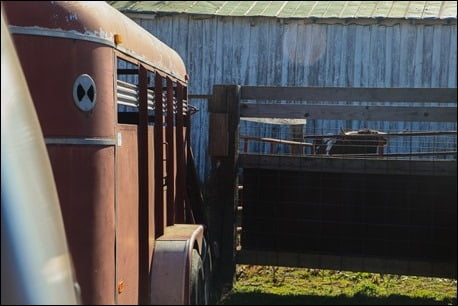 It was the beginning of the long wait, waiting for the steer to calm down and make the “mistake” of stepping inside the trailer. We didn’t want to prod or force it because in a bad mood even fences and barn walls are no match if it were to decide to throw it’s weight around. 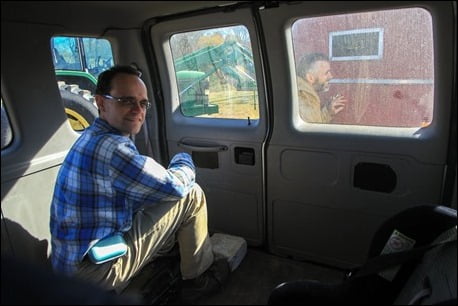 After an hour of coaxing, waiting and praying, it was time to go one step further. But there was one precaution: the rifle. If the steer did break loose, we would be ready to drop it in it’s tracks. That however would mean an afternoon of butchering—and a huge cut in profits. Would it come to that? 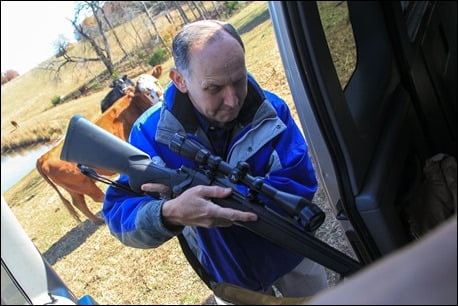 Mr. Furhman gingerly climbed over the gate. Several well-timed moves on both defense and offense played out, and our prize at last made a decisive move into the trailer. 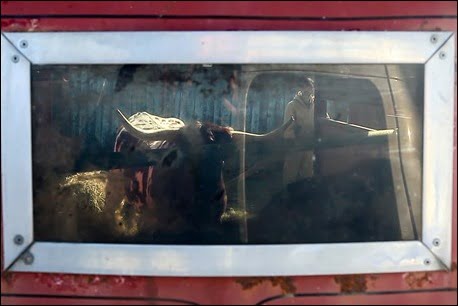 First the banging shut of the doors; then the whoops and hollers of victory and thankfulness that the dream had become a reality … without a hitch! 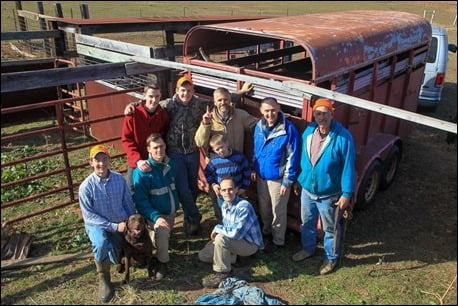 Reflecting on all that had happened, we are grateful that God still answers the cry of Jabez. Prayer, like any work, requires attentiveness to the Master, earnestness, and a deeply-rooted desire for results that will bring God due glory. We observed His hand in relationships. We saw His shield of safety.

We also saw the Lord’s miraculous timing. The Fuhrmanns had received other invitations to be out that day and would have been gone when the call came were it not for the DEW Conference. Also, this one solitary day was the only day on which their neighbor’s fencing afforded the entrance of the steer from the outside.

The folks at the house had been praying all morning and everyone was overjoyed when we arrived back home with the trailer full of beef. 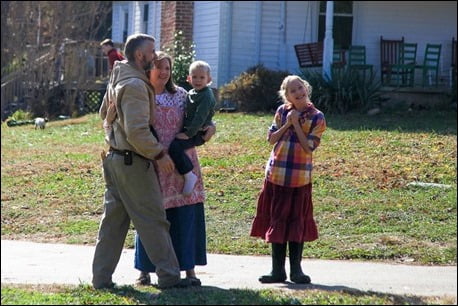 That afternoon and evening, with the Lord’s blessing, we not only had time to finish the Discipleship Encouragement Weekend sessions, but also an art class and a photography class, wood splitting, the regular chores, music practice, and a time to check the beehives with Samuel!

Trust God with your problem. Go through it, with Him.