On the way down to the Nashville Conference, we stopped at two different places: the New River Gorge Bridge in southern West Virginia, and the Bates Family home in Knoxville Tennessee. 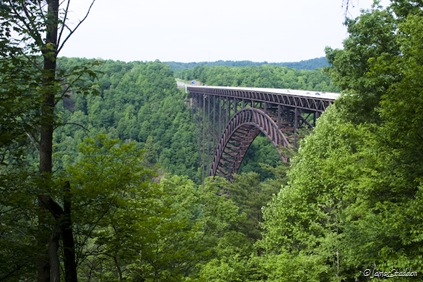 876 feet. That’s the amount of vertical space between the New River Gorge Bridge and the white-water rapids of the New River below. This is enough space to move both the Washington Monument and the Statue of Liberty, stacked on top of each other, underneath with room to spare. 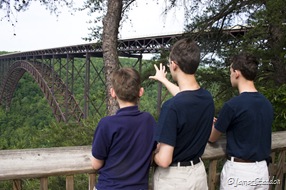 The bridge is the longest single-arch, steel bridge in the world. At 3,030 feet long, 70 feet wide, and exhibiting 88 million pounds of U.S. Cor Ten steel and American cement, this bridge has become a symbol of the wonder of West Virginia. Opened on October 22, 1977, it is still standing for us to utilize and take pictures of in 2009. 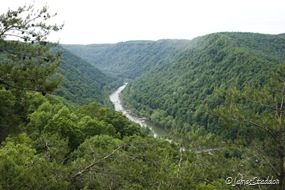 From West Virginia’s architectural wonder, we moved on to Tennessee. In tomorrows post, we will cover the inimitably unique details of our stop at the Bates’ house!