I was so excited to have a concrete, outdoor subject to shoot for an assignment this time! I even had a few leads as to where exactly to find this subject. But what I found was definitely not what I was expecting! Here’s how things unfolded on my first attempt at photographing this month’s assignment, Scenes of Calvary!

While Julianna was at her appointment, I ended up only having time to snap photos of one little cross at only one of the churches I saw that day. And it wasn’t a very good subject. A tiny, white-washed cross that looked like it was made of paper mache, perched on top of one of those plain signs that tell you the time of the church services. In my mind, it was as far as you could get from being a “scene of Calvary”. However, I’m glad I did snap a photo of it. When I sat down to edit this shot, I figured maybe it would help if I editing it dramatically. Take the attention off of the cross as the subject, and place it instead on an emotion of drama. Warming up the photo excessively makes the cross kinda look like gold, which also helps it look less trivial.

But it wasn’t until after our shopping was finished that the real quest for scenes of Calvary began!

After driving south on the Interstate for a couple miles, I was pretty sure that what we were looking for didn’t exist. The guy at church had not given exact locations. And he also didn’t seem all that confident in the generalizations that he did give. So I wasn’t confident either. I told Julianna that we would turn around at the next exit.

And would you know, those crosses were sitting right there on that very exit! It felt so surreal. And in my minds eye, the light glowing behind them seemed so epic as we passed by on the exit ramp. But I think the epicness I felt was only a fleeing figment of my imagination. From the vantage point of the cemetery on the opposite side of the Interstate, it was obvious that we were too late for any epic back lighting. And the view of the crosses was not very clear either. 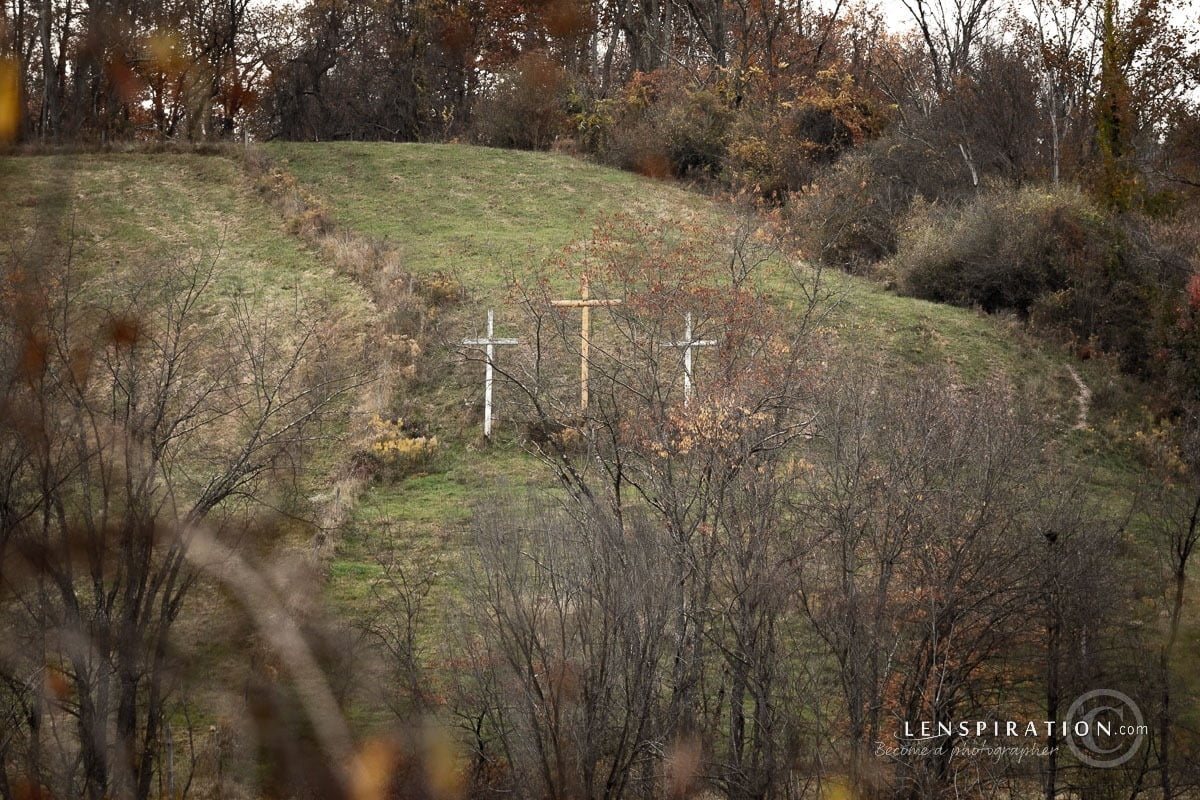 I moved from my initial angle to a spot where I could see through the trees a little better. 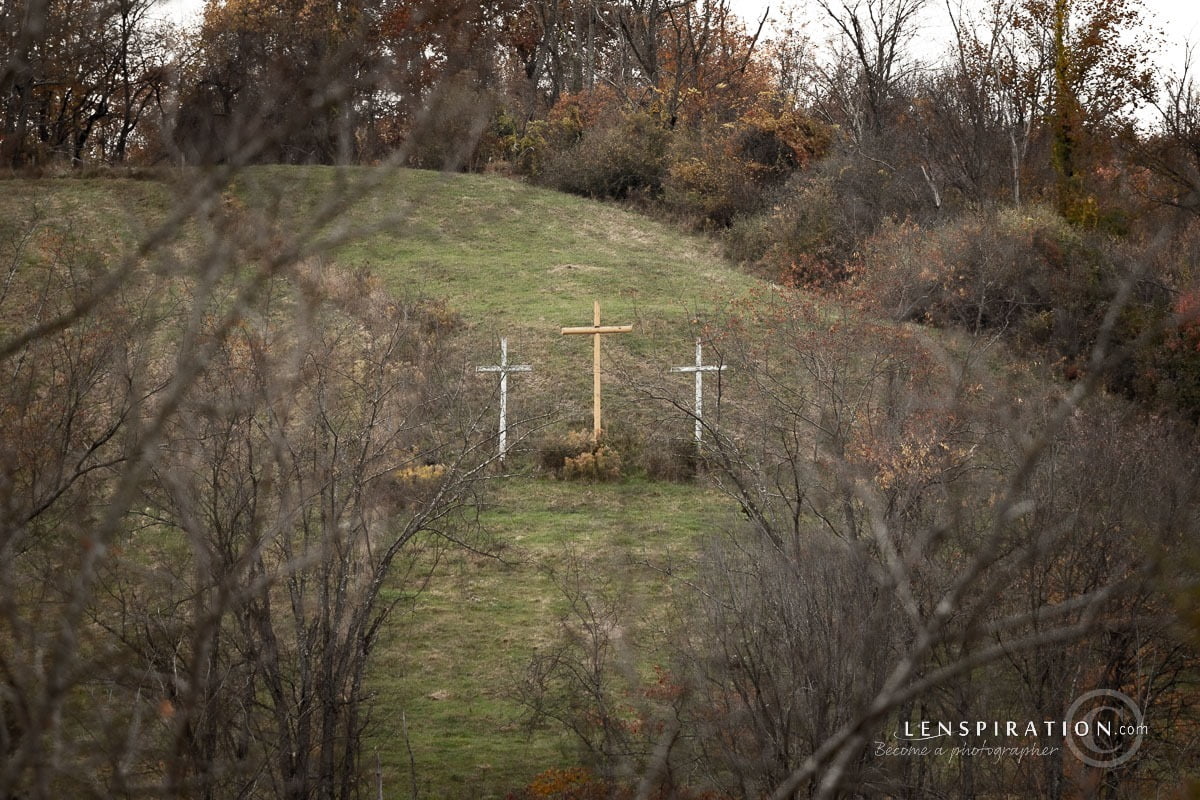 And here’s the shot through the red leaves. I was totally not feeling inspired. No good shots that day.

Since this was a local spot, I decided I would come back to this first location under better lighting conditions. It was definitely a spot worth coming back to to explore more.

The second location proved to be just as challenging. However, I still took some photos, of course. Framing the shot purposefully to exclude as many telephone wires as possible, it wasn’t too difficult to remove the remaining ones in Photoshop. Not the best shot in the world, but at least something to walk away with from that initial scouting excursion.

I also took a wide angle shot while I was there. And it doesn’t look to bad after a bit of cheating in Photoshop, combining it with a photo I took earlier this year. I didn’t take any more photos that day, but it is of interest to note that Julianna and I did find a third location. That fellow from church was correct about all three of the places he suggested!

And it turns out, while putting together the demonstration video, we discovered a fourth location! Did you see it in the video? Watch it again. Both Julianna and I completely missed it while we were driving down the road shooting b-roll out the window on the way to the first location. I had no clue there were so many “crosses on a hill” in my area. I suppose I was never looking for them before.

Did Bernard Coffindaffer leave his mark in your area? You won’t know until you start looking! Start by reviewing the details for this month’s assignment, Scenes of Calvary. There’s even a special bonus challenge!