The movement of socialism had its roots in the materialistic philosophy of Karl Marx (1818-1883). He and Friedrich Engels (1820-1895) developed the major outlines of his view in the pamphlet, The Communist Manifesto (1848). He maintained that reality was material rather than spiritual. Upon this foundation he proposed the utopia of a classless society after a temporary dictatorship of the working class.

Lenin (1870-1924) provided a set of aggressive tactics by which this system could be worked out. He emphasized the idea that a devoted, highly disciplined small party of Communists could infiltrate democratic organizations, such as labor unions, and use a time of crisis to seize power.

Stalin (1878-1953) successfully combined this program and technique in the Russian state.

Marx and his followers believe that “man shall live by bread alone.” They ignore human sin, which will always upset their Utopian social order unless they resort to brutal regimentation. This is what Communists have done everywhere . They also oversimplify human problems: there is no place for God, the Bible, or absolute moral standards in their system. They have always insisted that “religion is the opiate of the people.” Actually, their imagined utopia is the “opiate of socialism.” Communism is responsible for the largest number of murders in times of peace.

Another movement today is that of democratic socialism. This approach envisions ordinary people running a country through fair elections and government providing basic needs. Democratic socialism would leave free markets, businesses, and individual freedoms alone. It could be viewed as fiscally conservative, but socially liberal; supporting same-sex marriage and legalization of marijuana.

In this system the problem of human sin is minimized or ignored. However, it will eventually upset the fair elections and the good intentions of government. Robert Winthrop (1809-1894), a former Speaker of the United States House of Representatives, noted: “Men, in a word, must necessarily be controlled either by a power within them or by a power without them; either by the Word of God or by the strong arm of man; either by the Bible or by the bayonet.” 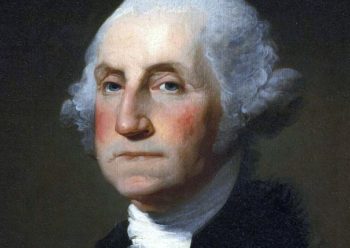 The reason for the early success of capitalism in America was the Christian morality of the capitalists following the spiritual influence of the Great Awakenings. George Washington (1732-1799) emphasized this in his Farewell Address to the nation (1796): “Of all the dispositions and habits which lead to political prosperity, religion and morality are indispensable supports. In vain would that man claim the tribute of patriotism, who should labor to subvert these great pillars of human happiness, these firmest props of the duties of men and citizens.”

Capitalism fails when Christ is not living in the life of capitalists. This failure makes the imagined utopia of other philosophies appear attractive. But the smoldering coals have been fanned. Thank God for the political revival we are beginning to experience under President Donald Trump. But without a genuine spiritual revival in the human heart there will be no real and lasting change. 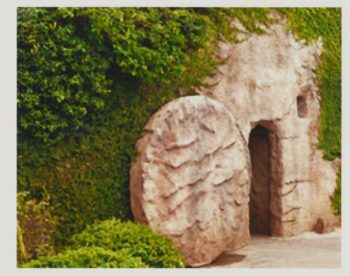 The world desperately needs to see the living resurrected Christ. If you are a believer in Jesus Christ, humble yourself in prayer and keep your eyes locked upon Him in His Word. As Christ makes Himself real to you, you won’t be able to stop Him from showing Himself through you to the world around you. If you are not a believer, consider Christ this Easter. Call upon Jesus Who died in your place so that you would not have to pay the eternal penalty of your sin.

Look steadfastly to Jesus in your walk, in your marriage, in your family, in your business. Become a part of the solution. Claim the tribute of true patriotism.

View all posts by Dad