Because the longest lens I’ve ever had in the longest time was a 70-200mm. And on a full frame camera, that just doesn’t reach very far.

When I was first getting started in photography, I used my dads old 75-300mm. It was nice, and I loved using it in full sunlight. Especially when it was the only telephoto lens I had. But it’s appeal gradually waned in light of the L glass I was getting accustomed to after upgrading to the 70-200mm.

Then, a couple years ago, I got a camera with an APS-C sensor. That made the 200mm lens look like it was taking pictures at 320mm. Better! But still. Birds and wildlife still just seemed so far away.

Then came Black Friday 2018. I had done all my research and determined that a 2x extender would be the best next photography gadget to buy as a gift for myself. My 200mm lens would now be 400mm on a full frame and a whopping 640mm on an APS-C! And you could imagine my excitement when I found the sweetest deal on one for like $125 instead of the typical used price of $150 (or the outrageous price of $400+ for the latest and greatest rendition of the same thing).

So, I put it in my shopping cart and I was just about to click the Buy button when . . .

Something inside of me was telling me not too. “So, you buy stuff now just because you want it?”

And honestly, I had no better reason to buy it than just that. I had no plans for it particularly. It was just for my own pleasure. And when I thought of it that way, well, that’s usually not a good enough reason for me to drop $125. Or $1, for that matter.

So I didn’t buy it. “I don’t have time for wildlife photography anyway.”

And life moved on and I didn’t think twice about it. And I really don’t think God wanted me to buy it right then because . . .

A couple months later, a friend emails me and says he wants to get rid of all his DSLR equipment. And guess what? He’s selling a 2x extender for cheaper than I could have ever found it anywhere else!

So, now I have a 2x extender. And I think God has a plan for it to be used for His glory somehow because He’s the one that gave it to me. And believe you me, I’ll take a gift from God than buy one for myself any day!

And this month’s assignment was only the second time I had ever used it . . .

Can you tell I’m a wildlife photography novice? I learned so much shooting this assignment, and I hope you do too! 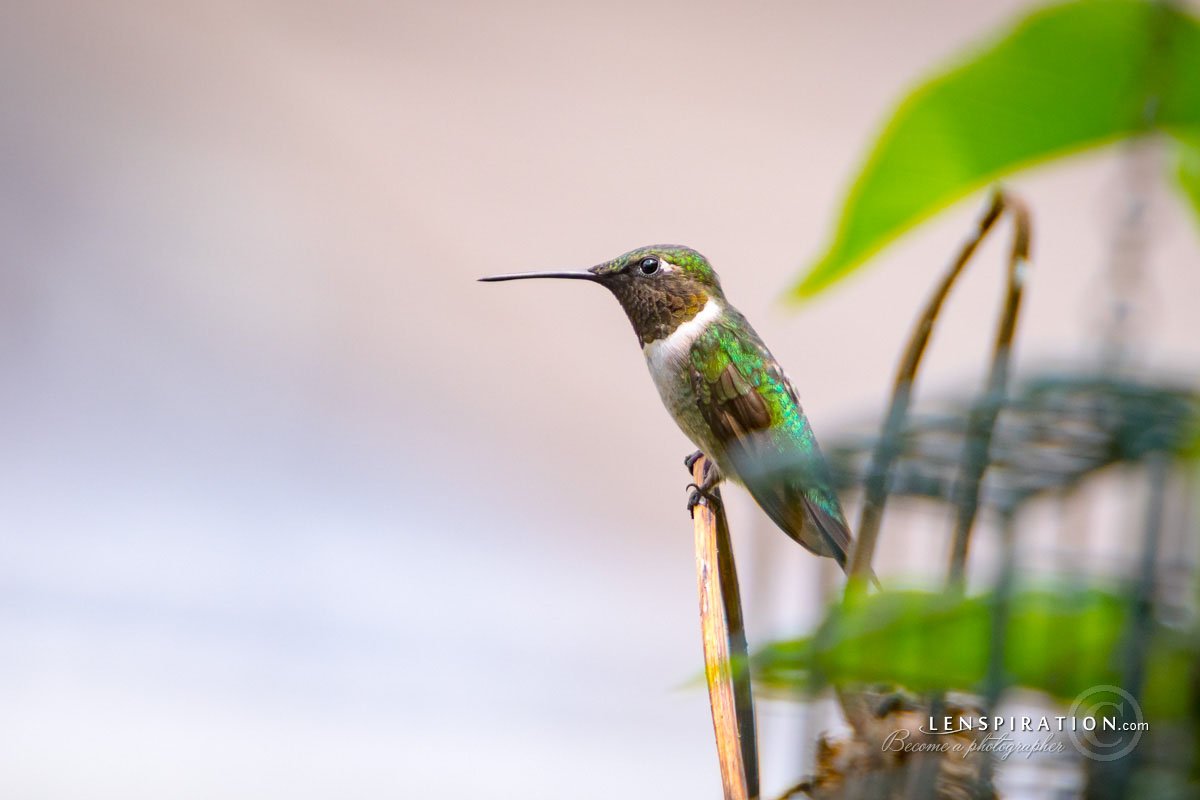 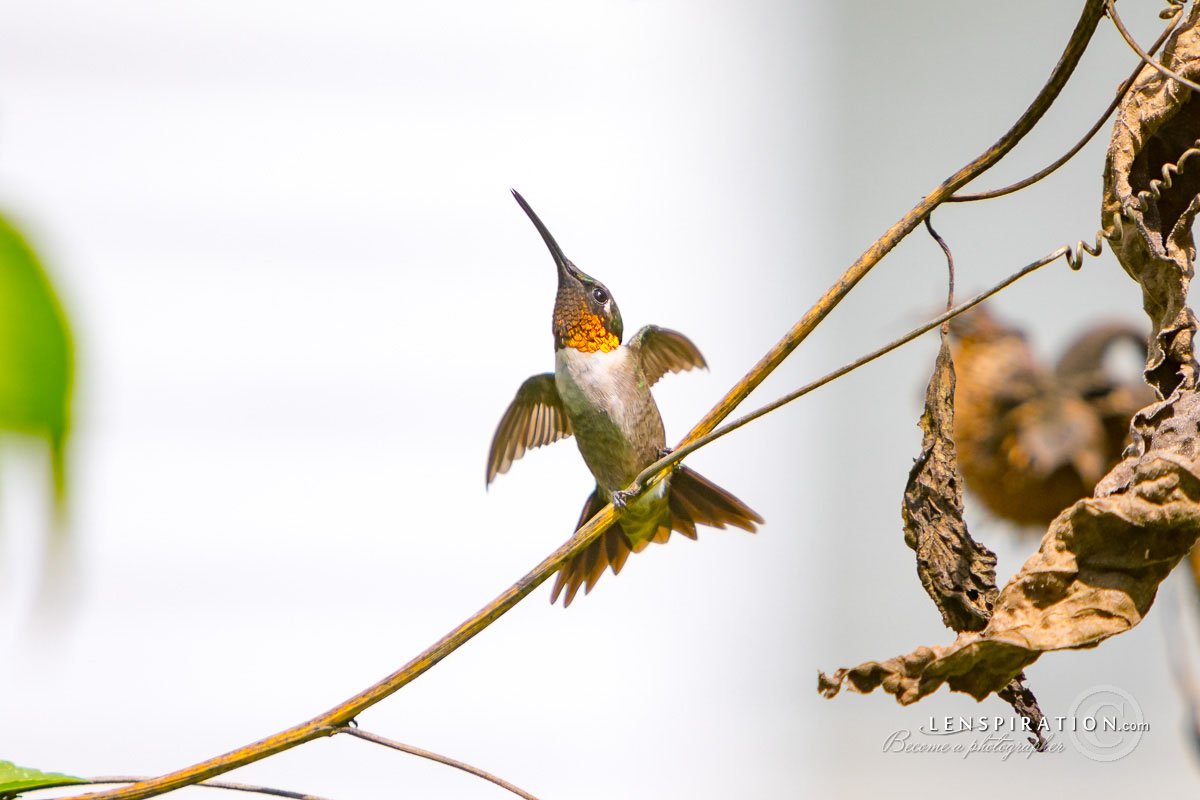 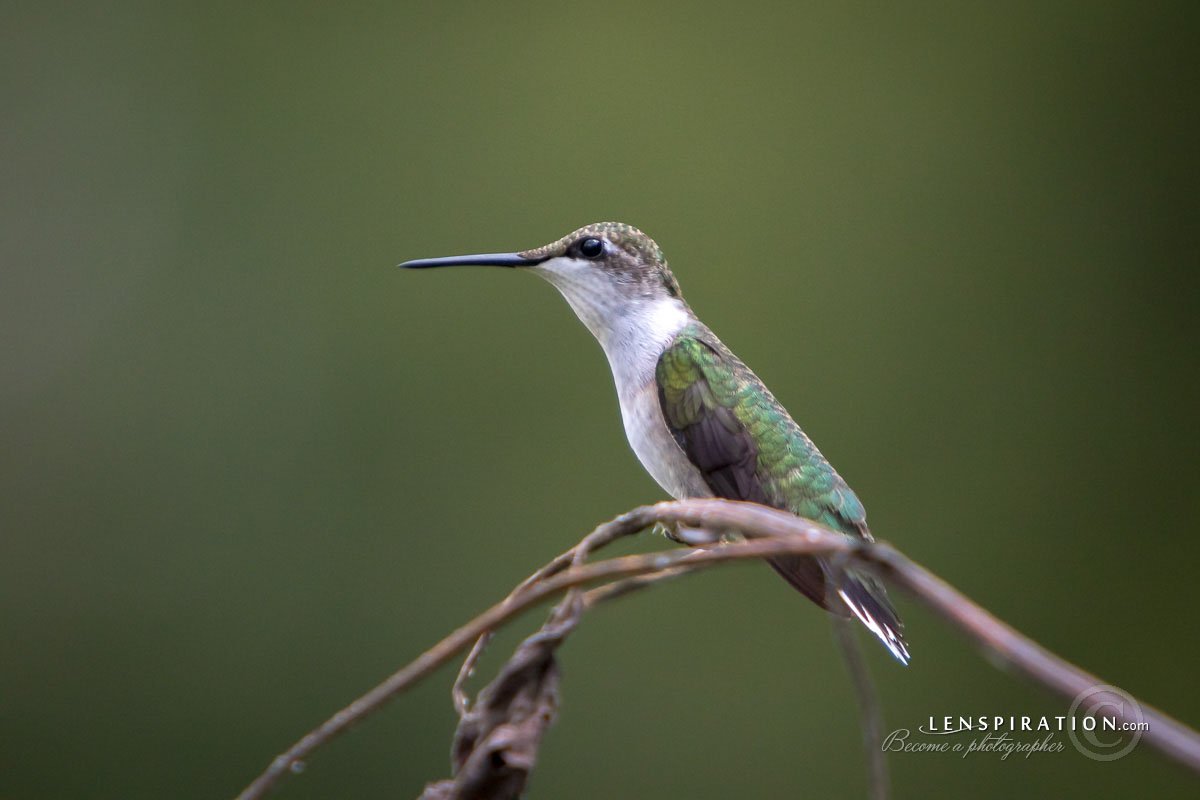 A good start, I suppose!

Whether you decide to photograph humming birds or gold finches or something else, now’s the time to try your hand at photographing An Animal that Flies! Be sure to get the details for the assignment below . . . there’s more to it than just taking a photo this time! Deadline is September 7.