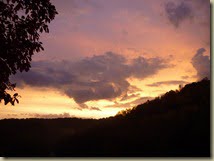 Our congressman David McKinley asks, “What Made America Great?” He did not present his own conclusions, but this question is definitely one worth asking, and if possible, worth finding an answer to.

It is hard to argue with the timeless proverb, “Righteousness exalteth a nation, but sin is a reproach to any people.” Proverbs 14:34

Where do we go to define righeousness? With all the different opinions of “right” how do we know when we’ve hit on the right one which, when guiding the laws, the family, the religion, the free trade, the knowledge etc, will make them what they ought to be, will make them work.

I observe two things, the combination of which I believe has done more than anything else to make America great.

The first is such a short and simple phrase that I would be very surprised if you have not heard it. It is so simple and basic that it is easily dismissed or overlooked, and yet its simplicity makes it so memorable and applicable that it can influence our thoughts and actions on a daily basis. It is this: “Do to others as you would have them to do to you.” It might be said that we are provided with an internal evidence of how we should make decisions that are good all the way around, effecting the highest degree of greatness.

The reason the second ingredient is so important is because the more we attempt to follow the perfect rule stated above, the clearer we see its difficulty, indeed, its impossibility. It is as if our very being has been stolen by something that is neither good nor great.

So the second ingredient that I believe has made America great is something that has never been seen, but happens all the time. It is the way in which the phrase mentioned above can really be put into practice. It is the mysterious event of God entering humankind. The explanation of how this is made possible is what we call the gospel, and the event is called salvation.

Many nations have been given the opportunity of freedom, but have not attained it. What made America different? The famous historian and world traveller Alexis de Tocqueville wrote in Democracy in America: “Upon my arrival in the United States, the religious aspect of the country was the first thing that struck my attention; and the longer I stayed there the more I did perceive the great political consequences resulting from this state of things, to which I was unaccustomed.”

He observed, “In the United States the sovereign authority is religious, and consequently hypocrisy must be common; but there is no country in the whole world in which the Christian religion retains a greater influence over the souls of men than in America; and there can be no greater proof of its utility and of its conformity to human nature, than that its influence is most powerfully felt over the most enlightened and free nation of the earth.”

“Religion in America takes no direct part in the government of society, but it must nevertheless be regarded as the foremost of the political institutions of that country; for if it does not impart a taste for freedom, it facilitates the use of free institutions.”

“The safeguard of morality is religion, and morality is the best security of law and the surest pledge of freedom.”

He agreed with George Washington who described religion and morality as indispensable supports to the dispositions and habits which lead to political prosperity. [Farewell Address] Washington even said, “In vain would that man claim the tribute of patriotism who should labor to subvert these great pillars of human happiness, these firmest props of the duties of men and citizens.”

Seeing that every law is based on a perception of good and bad, of right and wrong, it is illogical to think that religion would not be an important influence upon government. It always has and always will. The purer the religion and the greater its influence, the better the effect on the nation and its policies. The best thing a nation can do for itself is discover that which makes men good, and give that thing free course. In other words, fix the hearts of the people, and then sit back to see what good people can do when they are free to do it. The first amendment to the U.S. Constitution guarantees the free exercise of religion without being mandated or hindered by law. America had already been innoculated with the right religion, like starting a batch of yogurt with the right cultures.

Some say that we as a nation have lost our moral values. That is for each of us to decide on our own. Morals are held individually. So if your morals conform to the Creator, than your part in this nation has not lost its way. A great nation is made by great people, and a person’s life comes out of his heart.

When I surrendered my life to Jesus Christ, confessing my guiltiness, believing that His best really is best, I did not think it would make any difference in the world, or influence very many people. But now as I look back, I see that it has. There was no way it couldn’t. Quiet decisions bear fruit. The kingdom does not come with observation: it happens within us. (Luke 17:20-21) God is after the heart. For America’s sake, for God’s sake, for your own sake, and for your children’s sake, count the cost, and make the decision now to follow Jesus Christ. He saves those who believe and trust in Him (John 11:25) and reveals himself to those who keep His words. (John 14:23)

I believe America has not even glimpsed the level greatness and happiness that is possible. If we will hold to the changeless God who made us great, we cannot imagine greatness that lies ahead.