Having brought the CEF Calendar project to a close on Wednesday, I was scheduled to fly on Thursday from St. Louis to Charlotte to attend the Stelzl Business Workshop. No big deal, right?

It was fairly early in the week when I first heard about the serious snow and ice storm that would be coming through St. Louis on Thursday. I didn’t think much about it because weather patterns are fickle and the forecast often changed. And then when I heard that it wouldn’t hit till late morning, I didn’t give it a second thought. My flight left at 8:45AM and I’d be out of town long before the storm hit.

Well, all went as planned until about 15 minutes after takeoff on that first flight out of St. Louis. It seemed odd that we were descending so quickly after such a short time, but it turned out that due to mechanical issues, the plane needed to land back on the same runway we had started from. I always hope for the best, so at first this didn’t concern me, but as one problem lead to another, I realized it was going to be a long day at the airport. 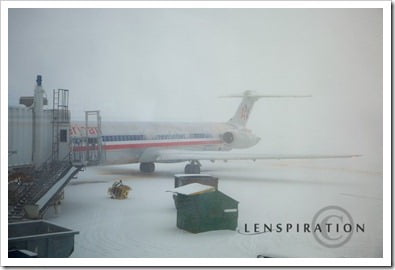 I won’t go into all the details, but I will say that I’ve never spent 12 solid hours at the same airport before. I’ve also never boarded 4 different planes in one day, only to sit for several hours going nowhere on most of them. I’ve had to disembark a plane because of mechanical problems before, but never had I been turned around mid-flight. Thursday was a first for changing airlines between flights, but I guess doing it twice made me an expert by the end of the day. I learned a lot about how the airport system worked, and I can’t say I’ve ever had a TSA agent wave me a greeting of friendly recognition as we passed in the hallway before. I enjoyed the thrill and excitement of running through an airport to arrive just on time at the gate again, but I don’t think I’d like to repeat going through security 3 times in the same day, especially with a temporary driver’s licenses that nobody seemed to believe was valid. 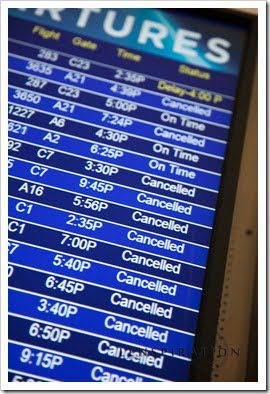 But I don’t think I have ever had the same opportunity to be a witness to so many people at the airport before. On a day like this, there were a countless number of opportunities to mention God’s name, indicate that God was in control of the weather, thank God for answered prayer, and turn the conversation toward how to act in both blessings and trials. And then there were the times when others encouraged me. There was the executive director of the special needs organization who shared with me his salvation testimony, the fellow who was trying to make it back to his home in Canada and displayed a very calm demeanor, the long line of passengers who let me cut in front of them when they heard I was late for my flight, the kind gentleman from Texas who encouraged me not to give up on looking for flights, and the poor old retired lady who blessed me a thousand times for helping her get on board despite the fact that she couldn’t afford the unexpected fee for her “too large” carryon. Trusting God to get my focus off of myself and onto others solved the problem of frustration for having to wait around at the airport. It turns irritations into a multitude of open doors for witnessing: from sharing the gospel with the one I was sitting next to on the plane to thanking the janitors for keeping the hallways clean. God’s perspective is always the best perspective.

I didn’t exactly make it to my destination at the planned time, but though my natural mind would cause me to conclude it was the wrong day to fly, seeing God at work in so many ways proved to me that it and was indeed the right day to fly. 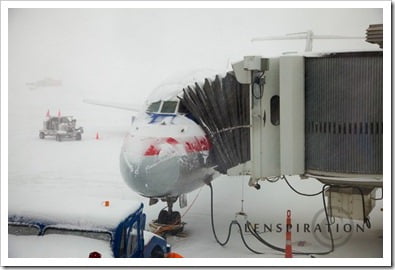