This one hike made our entire trip to the Rockies worth it. Donald, Michael, James, Jonathan, David, and I had no idea what was in store when we started off on this 4-hour excursion through the mountains of Banff National Park. Our destination was Sentinel Pass, 2400 feet above Moraine Lake where the trail began. 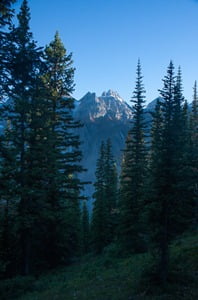 Making our way up the steep switchbacks of the deep, dark, pine forest, we emerged in Larch Valley, named after the rare larch trees whose golden needles shine in the autumn sunlight giving the valley a peaceful, surrealistic effect. Unknown to us, late September is the only time of year when the larch needles turn golden for a short time before shedding and the valley reaches its peak beauty. The Lord could not have given us a more perfect day. 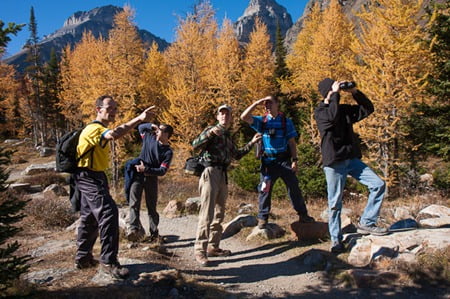 As we cleared the treeline, we could see that we were surrounded on all sides by ten majestic mountain peaks, several covered in snow and ice.

Having just graduated from ALERT, Jonathan kept our team moving together at a steady pace despite our heavy packs and the rugged terrain. Completely exhausted from the climb, we ascended the final steps to the peak and were stunned at the breathtaking 360 degree view spreading out in every direction beneath us.

There is a certain thrill that rushes through one after persevering through a prolonged struggle, giving the feeling that nothing could ever be impossible again. Reaching the top of Sentinel Pass together as a team, we knew the impossible was behind us. That view made the entire trip up worth it! 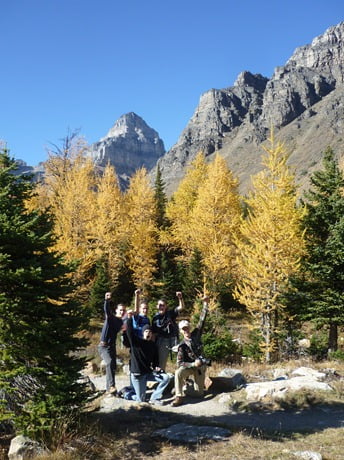 View all posts by Daniel